Arsenal captain Aubameyang recently completed a contract extension with the team. In an interview with Sky Sports, Aubameyang revealed the reasons for his final decision to stay with the team. One is after coach Arteta took over the team. Brought a lot of positive things, and he believes he can make progress under the leadership of the new coach. Another point is that he felt the fans and the entire club love him. 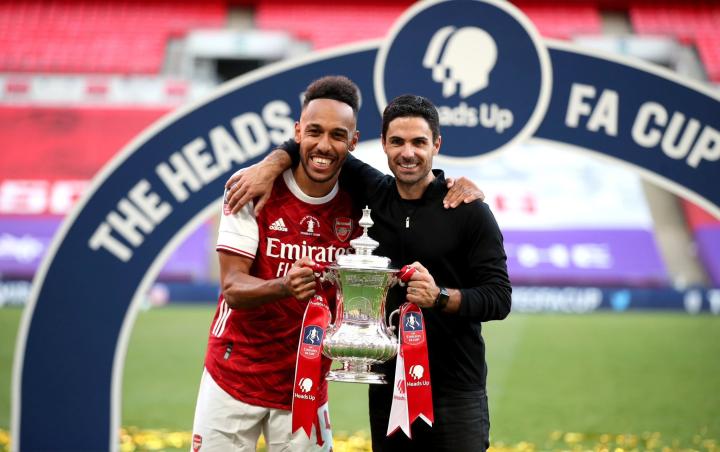 Aubameyang said: "Two things persuaded me to stay. The first thing is Arteta, because since he came to the team, he has brought a lot of positive things and brought to the team. A new philosophy."

"I think this is very important because it fits with my playing style and I can feel that I can improve with him. I think this is a key factor, and one more thing is that I feel the fans and the entire club Love."

"Everyone treats me very, very well, I feel at home, which is one of the reasons why I stayed."

He also talked about his conversation with Arteta during the suspension last season: "We had talks during the epidemic. We plan to talk about some game issues. He said,'Forget about the game, let's talk about the future.' Then he Just ask me what I want to do."

"I probably said, "I feel great since you came to the team. I have improved. The new tactical thinking is very good, so I want to stay." Then he said, "I'm sure if you stay, you will You can become a legend, but everything depends on you and what you want. Of course you can leave and compete in the big clubs, but I think you can become a legend in the great club of Arsenal'."

"This sent me a very crucial message. After the conversation, I thought, ‘Okay, this is very clear to me, I just want to stay.’ That’s it." When asked about other clubs’ interest in him, Aubameyang responded: “To be honest, I seriously considered these things because I did get a good opportunity.”

"But the feeling here, the love from the fans and the club, I'm not sure I can be treated the same after I leave, so I stayed."

"Being the captain makes me very proud, but this is not the biggest factor in my staying on the team. Of course, this is a great job, but it doesn't have much effect on my staying here."